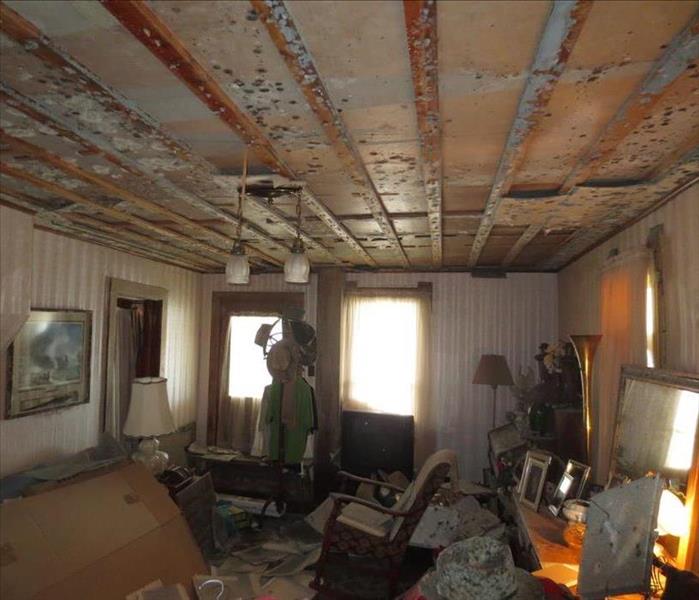 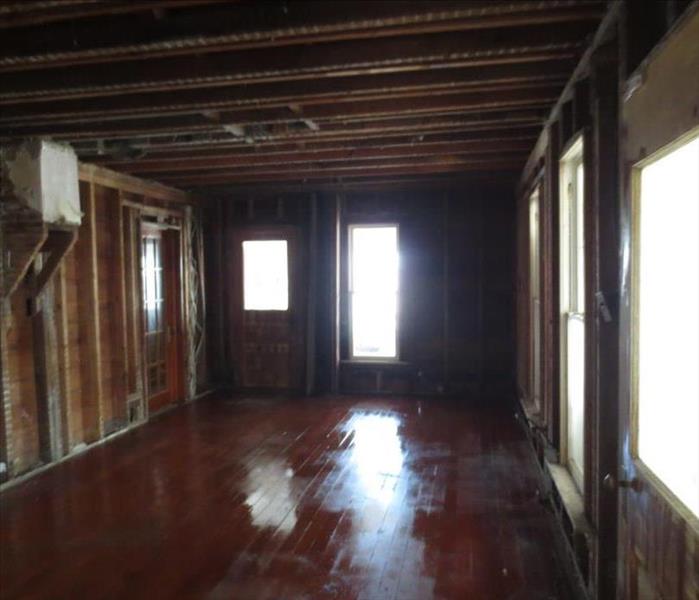 SERVPRO of Burlington was called to a home where after a large storm with a strong wind, the roof had damage and was leaking water.  This water had sat in the areas where water shouldn't be for several months before being found.  When we started the demo before dry out we found this very large mold issue under the ceiling tiles.  It had started creeping down the walls and also started affecting the other items in the same room.  The after photo shows what it looked like after demo and clean up, freshly sprayed with an anti-microbial.  The homeowner was pleased with the final results.

View More Before & After Photos